For All We Know

by For All We Know 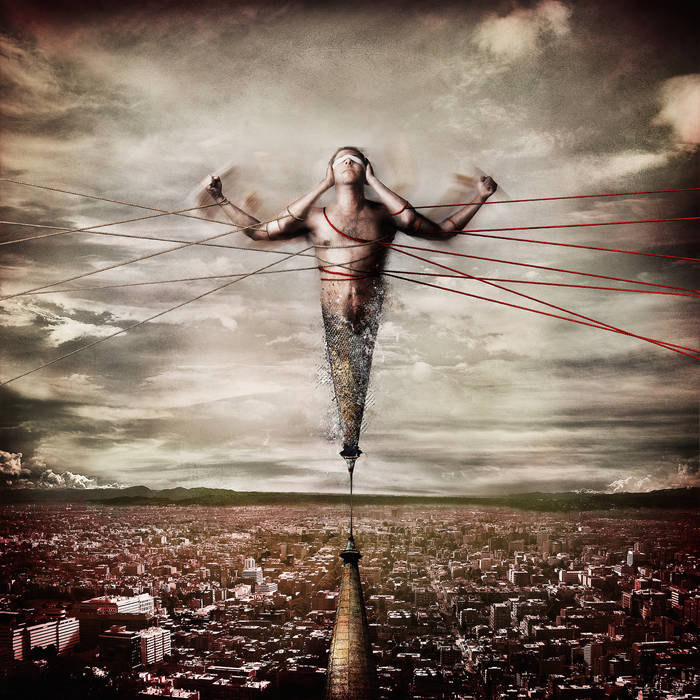 So in 2007 he started working on this music both when he was on the road with various bands (Within Temptation, Agua de Annique, Damian Wilson Band, Maiden uniteD, etc) and in his own studio. He considers himself very fortunate to be able to work with some of the greatest musicians and people imaginable on this project.

The album For All We Know, written and produced by Ruud himself, contains 12 original songs that range from very atmospheric and dreamily acoustic to heavy and pounding progressive metal tracks and was released April 25th 2011.

He is about to release a follow up and you can already order it here:

Band line-up For All We Know :

All music and lyrics written by Ruud Jolie except “Blind Me”, music written by Wudstik.

For All We Know NB, Netherlands

Track Name: Blind Me
See me as I am
Tell me what's on the outside
Hear me if you can
I'm sorry, your silence is not helping me

Show me what is real
Blind me so I sense clearly
Forgive me, but what I feel
is slowly preparing us to fall from grace

I'll find symmetry
My mind's seeking asylum
I'll try to shake off their pleas
In time I'll find a way to stay awake
Track Name: Busy Being Somebody Else
Shine!!! I wake up to the light but I'm still dreaming
Because for all we know
we are on our own

Count me in, in every way
I'll sit down another day
I don't want to be denied by the public eye

Despite we conseal we can't see where we're going we're so alone
We'll find what we need if we learn not to follow
God is still himself
or do you think he's busy being somebody else?

Fine!!! I will fall in line! You'll get my voice but not my mind
And if I go against the grain
I've been told there will be hell to pay
They'll crown me if I'd die today
They will crucify me anyway.
We all need someone else to blame
To me it's all the same
Track Name: Out of Reach
Grey, an unnoticed color, hard to discover
Dust covered white, everything's so clear
I, I'm still a stranger who looks for the danger
of staying behind and disappear

When tomorrow is over, look over your shoulder
Snow covered black, this is so surreal
I, I feel disconnected, ignored and rejected
the air takes a hold of my screams

You're not alone, I came home
to this silence that I fought on my own
but I have learned to look colder
I need to sleep and so does she
I don’t know what you have given to me
but I have never felt so out of reach

Once I have discovered it’s hard to recover
don't bring me down, I have more to give
Me and my suspicions, my fears, my ambitions
Keep you from taking my place
Track Name: When Angels Refuse to Fly
Virtue vs vice
Why won't you roll the dice?
Both available
I'll let you know my price
A dollar for a sin
That's hiding deep within
I see them through your skin
They're making you feel alive
Just like we have agreed I'll bring you what you need

The prey is screaming for the predators attention

White lights are claiming my eyes from below
When angels refuse to fly
Looking back I know it began long ago
Can't you see how sorry I am?

He's laughing during my confession
Father John, please stop mocking me
No reason for his discretion
I'll do my time in solitary

The more we give and take the more we break away from the norm
We're sick of dressing up, wake up! Don't give a fuck anymore
The more we see the more we want the less we get of the ground
If this is progress we have passed the test.
On to the next round!
Track Name: I Lost Myself Today
I lost myself today
but I've tried to go the other way
I will find someone to blame
I never thought I would be back again
But do you want me here?

Now I know where to go
I don't want to show you all I know
So I'd rather go alone
The less I feel, the more I'm on my own
So please stop calling me
Why won't you let me be?
Oh God, I need to breath...

I lost myself today
but I've tried so hard to stay the same
There's still so much to say
But don't wait for me, I'm still too far away
Track Name: Keep Breathing
Do you feel it too?
Please be silent when we run away
We'll cross the line
Keep breathing...
Track Name: Down On My Knees
The only sign of life
is hiding on the other side
Maybe I'm too blind
to see my enemies looking out for me.

Today I'll play their game
and settle the score in many ways.
This overpriced champagne
will fool them easily I'll raise my glass for all to see.

All this time I looked up to you
I know you saw it too
Something broke down I don't know how
Somehow I thought we were the same
I guess I was afraid inside
Track Name: Embrace Erase Replace Embrace
No one would sell me the answers that I need
Their eyes were watching me

You made me lose my ambitions I was blind. You let me fall behind
Gasping for air I made a promise I would keep fuck your apologies

Now you know how I knew there's nothing here to replace
Finally you will see everything I've erased
Track Name: Tired and Ashamed
No child with an open mind should feel the burden on his shoulders
while we buy ourselves another day
He's been told not to be afraid and stares into the eyes of a stranger
while his parents start to beg and pray

And in reverse He's feeling worse...

No man should ever have to hide but in the end it's what he believes in
He's so close he can't see where he is
Disappear into slavery. Be blind, bow down, keep quiet and be happy
It's better to accept than to resist

Why do I try to cross the line and ignore the signs?
Another dream, or so it seems, is taking over me
And I might find a way to clear my mind on the other side
but again I look down and walk away tired and ashamed

He should have been in paradise. With every breath he's wearing himself down He's still hoping but he lost his smile
Although he never learned to cry his eyes are burning, red, wet and swollen Despite the shame he's feeling so alive

Fight your way through history
Guide me to what you wanted me to see
But hide these empty memories
Time will clean up after me
Track Name: Open Your Eyes
Open your eyes and see what you've been missing
You don't have to hide away
You don't have to play this game no more
Just try to smile and start reminiscing
Thoughts pass by as they decay
Don't reach out, let them escape
There are other ways to slow them down

You've been all I had for years
Locked up here with me
Will you still control my fears
Now I'm back on the streets?

Wake up, you've been disconnected
Leave now before the walls come down

Wake up, you have been selected
Stand up before we all fall down

So I lost myself today
You know I've tried to go the other way
It's always the same mistake
that's wearing me out and lets me take the blame
Over and over again, again...
Track Name: Nothing More
Now I'm beyond the mourning of our fathers
I know why this silence seems so loud
In time the ground we walked will hide our footprints
Drawn by the burden of this crowd

Bandcamp Daily  your guide to the world of Bandcamp